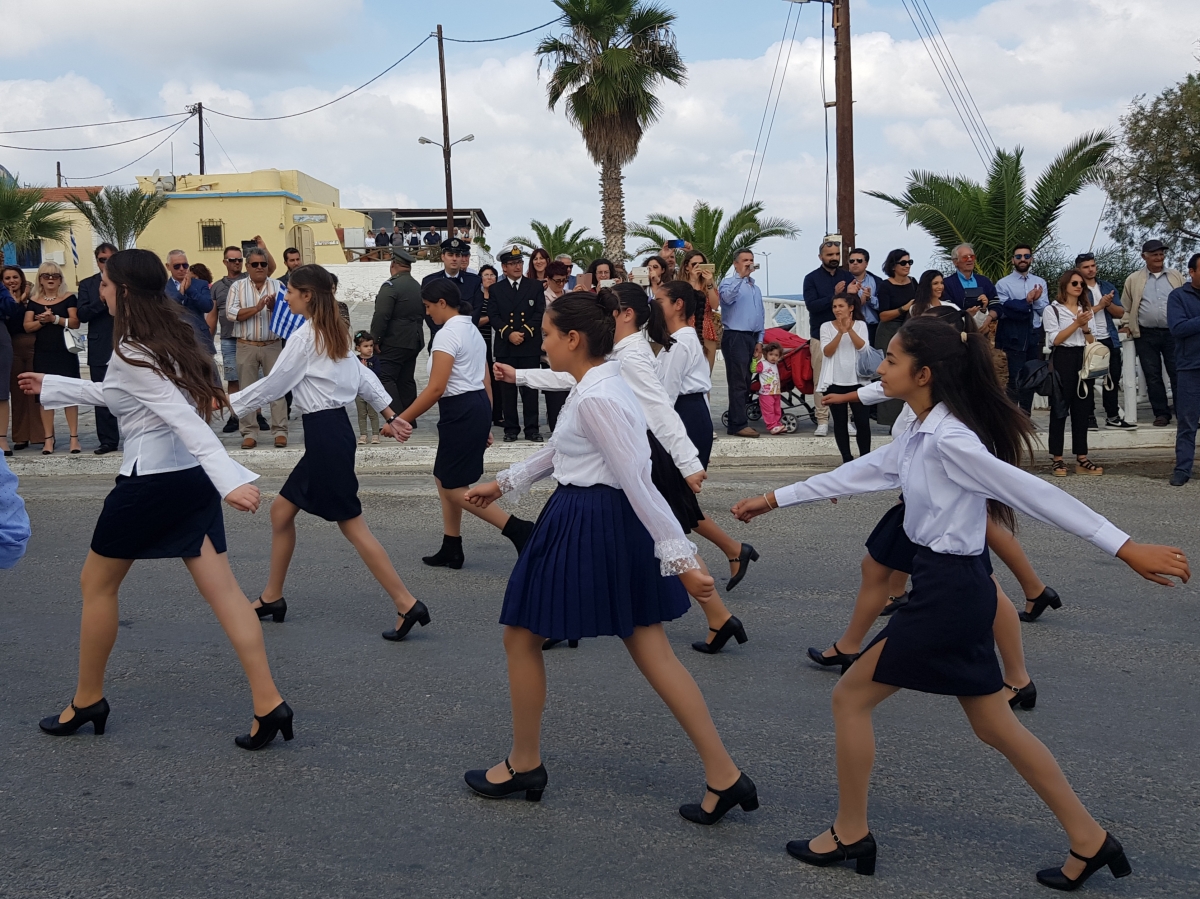 While farmers and construction workers in the Netherlands are stirring up against the government’s nitrogen measures and the English are still amusing themselves with their ‘deal or no deal’ Brexit, Greece has totally different problems to worry about. Just recovering from a major economic crisis, dark clouds are gathering over the country again: those of war and more refugees.

We left our SY Coco in Fry harbour and are en route from Kasos to Karpathos with the Kasos Princess, a small, fast ferry. Suddenly the skipper gets out of his wheelhouse and steps on the deck of his ferry. Quickly he returns. “I thought I heard war planes,” he explains his action to me. Slightly surprised, he leaves me behind, but I don’t pay any more attention to it that day. We continue with our day trip to Karpathos. It is only later and in response to other reports that I think back to the man.

It is early September when I read about a speech by Erdogan on a Greek news site. He presents a map on which the sea around the Greek islands off the Turkish coast is coloured blue and declares that the sea in this area should be Turkish.

He later adds that this also applies to the islands located in this sea region. He actually claims all Greek islands off the Turkish coast under the motto that they are so close to Turkey that you can actually hear the people talking on the other side. But his ambitions go beyond that. As far as Greece is concerned, all the way to the Eastern part of Crete. And that includes Kasos, our temporary home. In the Greek Cypriot sea area, he is already drilling for gas. The EU is watching and doing nothing. Erdogan’s dream of a new, great Ottoman Empire also extends to (parts of) his other neighbouring countries.

Even more than the Greeks in general, the island of Kasos has bad memories of the Turks. In 1824, during the Greek War of Independence against the Ottoman Empire, they destroyed the entire island. Of the approximately 7,000 inhabitants at the time, only a handful survived this enormous massacre. This year is still painted on the stones near the port of Fry. Of course accompanied by the Greek flag.

Another recent news item. The inhabitants of the Greek island of Oinousess build the largest Greek flag ever on a mountainside. This in response to the daily violations of their airspace by Turkish fighter aircraft. The flag that measures 1,500 m2 can be clearly seen from the sky and the island of Chios, 2 km away. Oinousess is not the only Greek island where violations of their airspace by the Turks are the order of the day.

While the refugee camps on the Greek islands are extremely overcrowded and conditions are degrading, the Turkish invasion of Syria is taking place. As a result, the threat of many more refugees, including escaped IS supporters, is increasing. In the meantime, there is no prospect of a solution to the current refugee problem. Greece cannot solve this alone, but the rest of Europe is failing.

Today is October 28th, ‘Ochi day’ in Greece. ‘Ochi’ is the Greek word for ‘no’ and on October 28th 1940 it would have been the short response of the then Greek Prime Minister Metaxas to Mussolini’s request to let the Italian army enter Greece. The Italians invaded anyway, but were beaten by the Greeks. In the end Hitler came to the rescue of the heavily humiliated Mussolini and seized Greece after a long, hard battle.

Actually I have a thing for ‘ochi’ myself. Despite all modern ‘positive thinking’ philosophies ‘no’ is still one of my favourite words. I say ‘ochi’ to Erdogan, I say ‘ochi’ to war and I say ‘ochi’ to all the injustice and inequality in the world. The only problem is, nobody’s listening.